There are a number of attractive places to live in NYC, but one of the most lucrative and convenient areas is Midtown East. Home of the famous Park Avenue, Midtown East is full of hustle and bustle during the day as one of the main work hubs in the city, it calms down considerably at night.

The Midtown East area encompasses 40th Street to 59th Street, and East River to Fifth Avenue. Midtown East is known for its sense of community while being in close proximity to all the activity that goes on in the nearby attractions. This is a true representation of the city, with skyscrapers, tourist attractions and all the bells and whistles that personify the City of New York.

Who doesn’t want to live close to everything? Midtown East is within walking distance of Grand Central Station, the subway which can take you all over the city, and the Museum of Modern Art. Times Square is only five minutes away. The United Nations Headquarters, Chrysler Building and other historic landmarks are all conveniently located in the neighborhood.

Midtown East houses District 2, which includes some of the highest-performing schools in the city. P.S. 116, the Mary Lindley Murray School, has a SchoolDigger 2014 rating of 5 stars, ranking better than 93.3% of the elementary schools in NYC and serves the PK-5 student demographic. Other five-star rated elementary schools in the area are the P.S. 40, Augustus Saint Gaudens school, which is PK-5, and PS 33, Chelsea Prep.

104 Simon Baruch and 260 Clinton School are both 5 star schools servicing the 6-8 student population. Once the middle school years have been completed, transitioning into the high school setting may be challenging. Top high school include Murray Hill Academy, Baruch College Campus High School and Manhattan Village Academy.

If you prefer a private school setting for your children, there are a number of highly-rated schools to meet your needs. Aaron Academy, grades 7-10 the Rebecca School, grades K-12, and The Churchill School and Center are all private, highly-rated special education facilities for students with special needs or developmental disabilities. 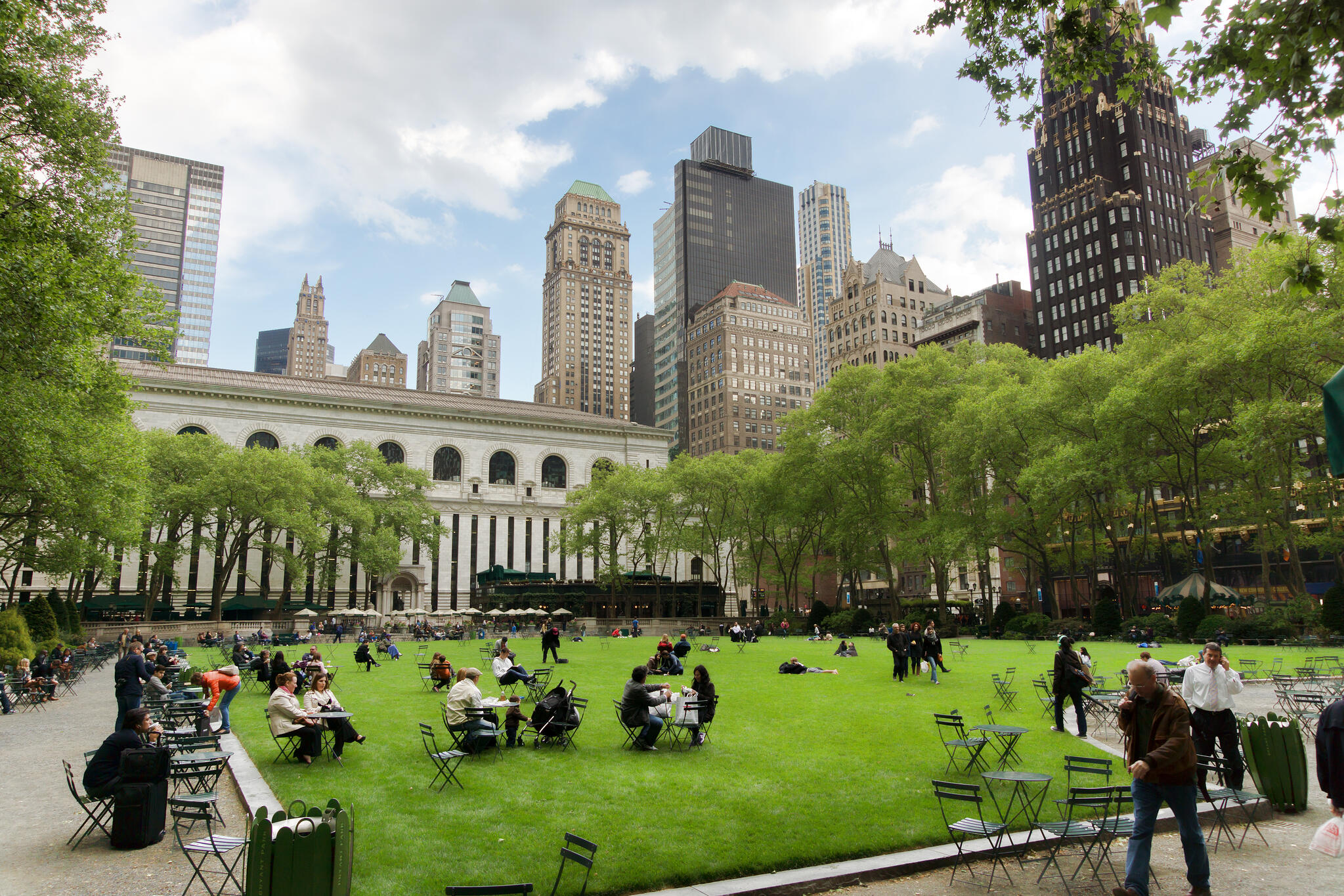 Native New Yorkers and tourists alike love the arches and turquoiseand-gold ceiling of Grand Central Terminal.Take a moment to admire the stars on the celestial ceiling before seeking out foodie treats in the shops and dining concourse.

The 14 original Art Deco buildings that make up the Rockefeller Center complex were erected from 1930 to 1939, and included Radio City Music Hall and the GE Building (popularly known as 30 Rock for its address at 30 Rockefeller Center). Besides the stores and well-known companies that make their home in the complex, Rockefeller Center is known for its skating rink, sculptures, 200 flagpoles, and massive Christmas tree.

Serving as the seat of the archbishop of the Roman Catholic Archdiocese of New York, St. Patrick’s grand and neo-gothic style is a must see in Midtown East.

One of the largest parks in NYC, Bryant Park is known for its free summer movie screenings, colorful carousel, and a great place to eat lunch or read a book from the NYC library across the street. During the winter, you can enjoy New York’s Winter Village at Bryant Park. Perfect for active, young adults, Winter Village has a skating rink, food, music and even a brew house. It’s a great place to meet up with friends or have a romantic date.

If you’ve been dreaming of having a “Breakfast at Tiffany’s” moment in New York, an apartment in Midtown East puts you close to Manhattan’s swankiest shopping district: Fifth Avenue. Whether you’re buying or browsing, check out the iconic stores like Tiffany’s, Saks and Prada. As a bonus, colder temperatures often mean that the swanky strip is much less crowded. Best of all, walking up and down the avenues totally counts as your workout.

There are a number of restaurants and shops that are available to accommodate your palate. From high-priced eateries to sandwich shops and cafes, everything is within walking distance. Some of the local favorites include:

East Midtown created the East Midtown Partnership to provide a high quality of life in the area while promoting commercial activity. This initiative promotes green spaces and other beautification efforts for its residents while offering additional incentives:

Midtown East offers the best of city living in a neighborhood that is a community within itself. From the close proximity to everything you may need, to the advantage of living close to work, this area provides perks that reach beyond its boundaries.

For apartment seekers who desire a higher standard of living while keeping close to what’s going on in the heart of the city, Midtown East is a viable consideration. This neighborhood is close enough to everything to enjoy the surroundings, yet far enough away to lead a tranquil lifestyle when the workday is over. Who says you can’t have the best of both worlds?