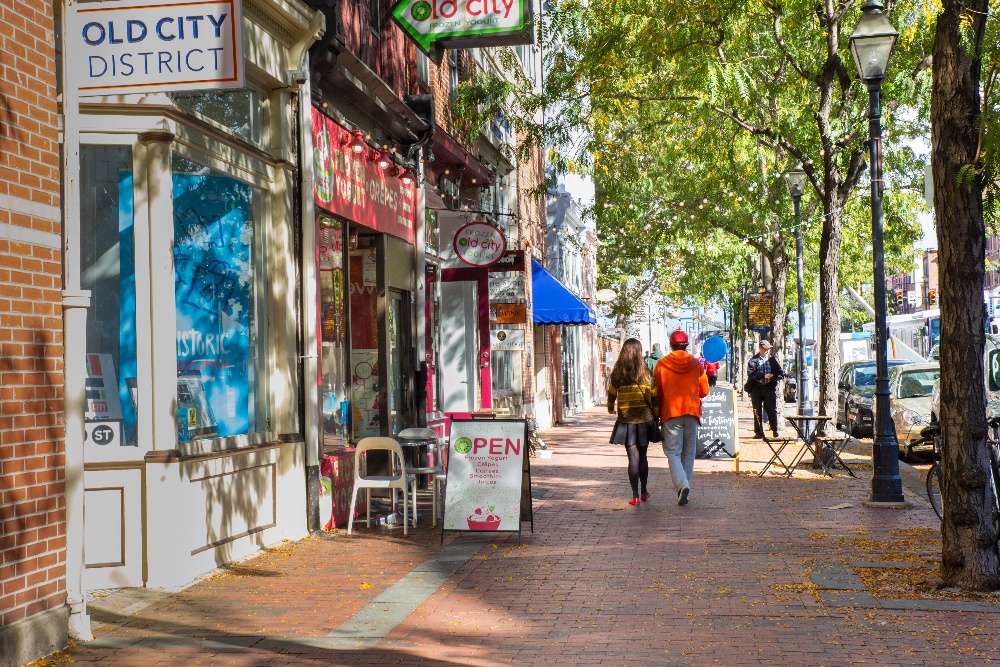 In a section of Philadelphia along the Delaware River situated between Florist Street to the north and Walnut Street to the south lies a neighborhood that is older than the entire nation of the United States.

Old City is considered one of the most historic places in Philadelphia as the first Europeans of William Penn and the Quakers settled here in the early 17th century. Today, Old City still holds on to its historic charm with its cobblestones and blue brick paving while adopting a modern flair with its busy nightlife and arts culture.

The Center of History

There are numerous historical sites located in this neighborhood that you can walk to and visit.

Birthplace of the American flag, the 250-year-old Betsy Ross House is a popular attraction among those visiting Philadelphia. The museum features period rooms and replicas of upholstering tools. The museum also has audio tours for those who are interested.

Named for blacksmith and property owner Jeremiah Elfreth, Elfreth’s Alley is the oldest continuously inhabited residential street in the United States. Even as visitors and tourists constantly walk up and down the alley, many artists and entrepreneurs continue to inhabit and call the alley their home. 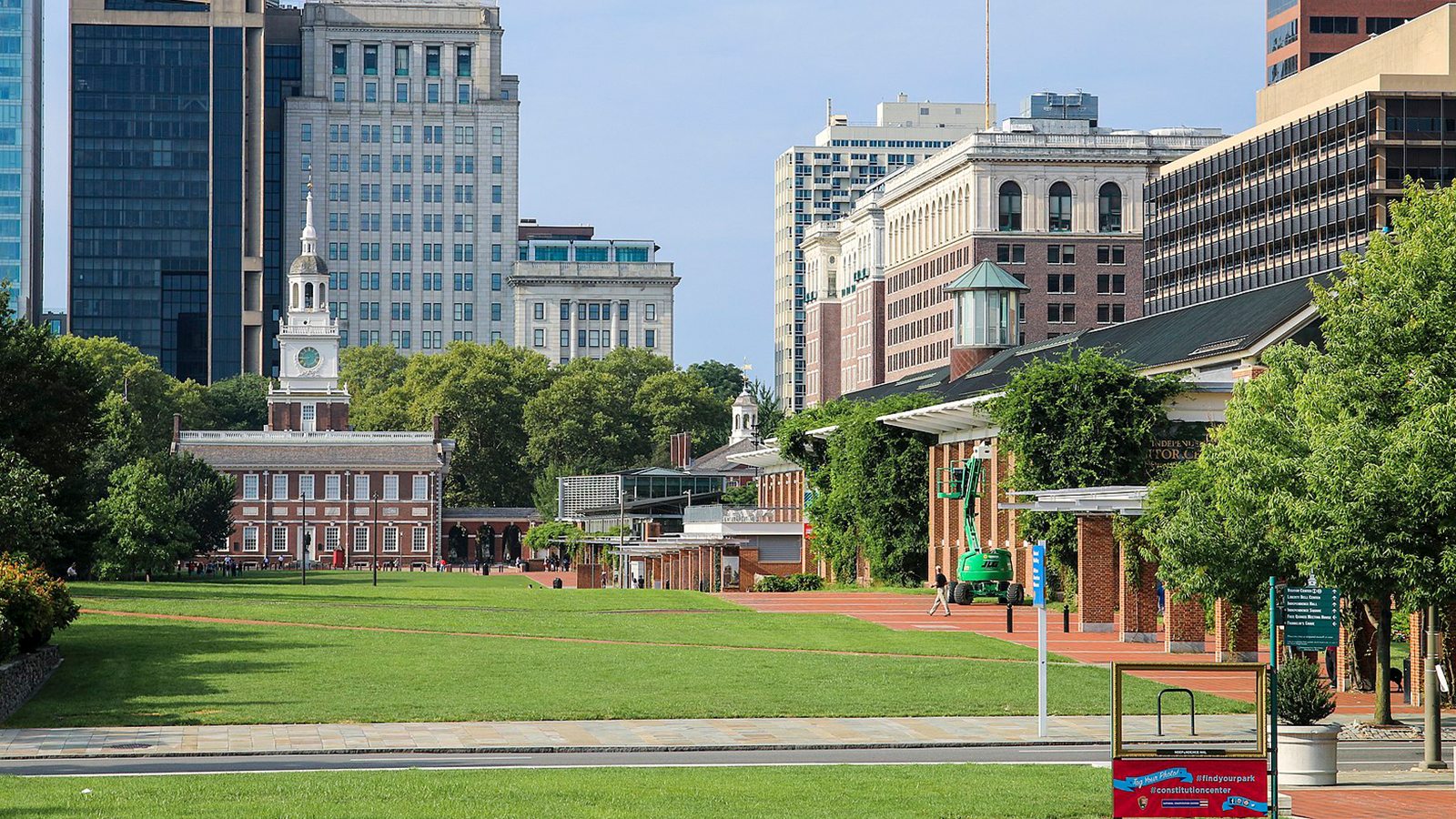 Located at the intersection of Chestnut and 6th Streets, Congress Hall served as the original seat of the United States Congress, before the capital was moved to Washington DC. The building also hosted the inauguration of two presidential inaugurations: George Washington and John Adams.

Independence Hall is the site where the Founding Fathers signed the Declaration of Independence and later wrote the U.S. Constitution. Now it is part of the U.S. National Park Service and Independence National Historical Park. Get free, timed tickets at the Independence Visitor Center at 6th and Market streets.

Located across from Independence Hall is the Liberty Bell. Here you can see the famous bell, and learn how it came to be a national symbol of freedom.

Rising five stories above Independence Mall, the museum traces the history of Jewish immigrants and is dedicated to collecting, and preserving artifacts about the American Jewish experience. 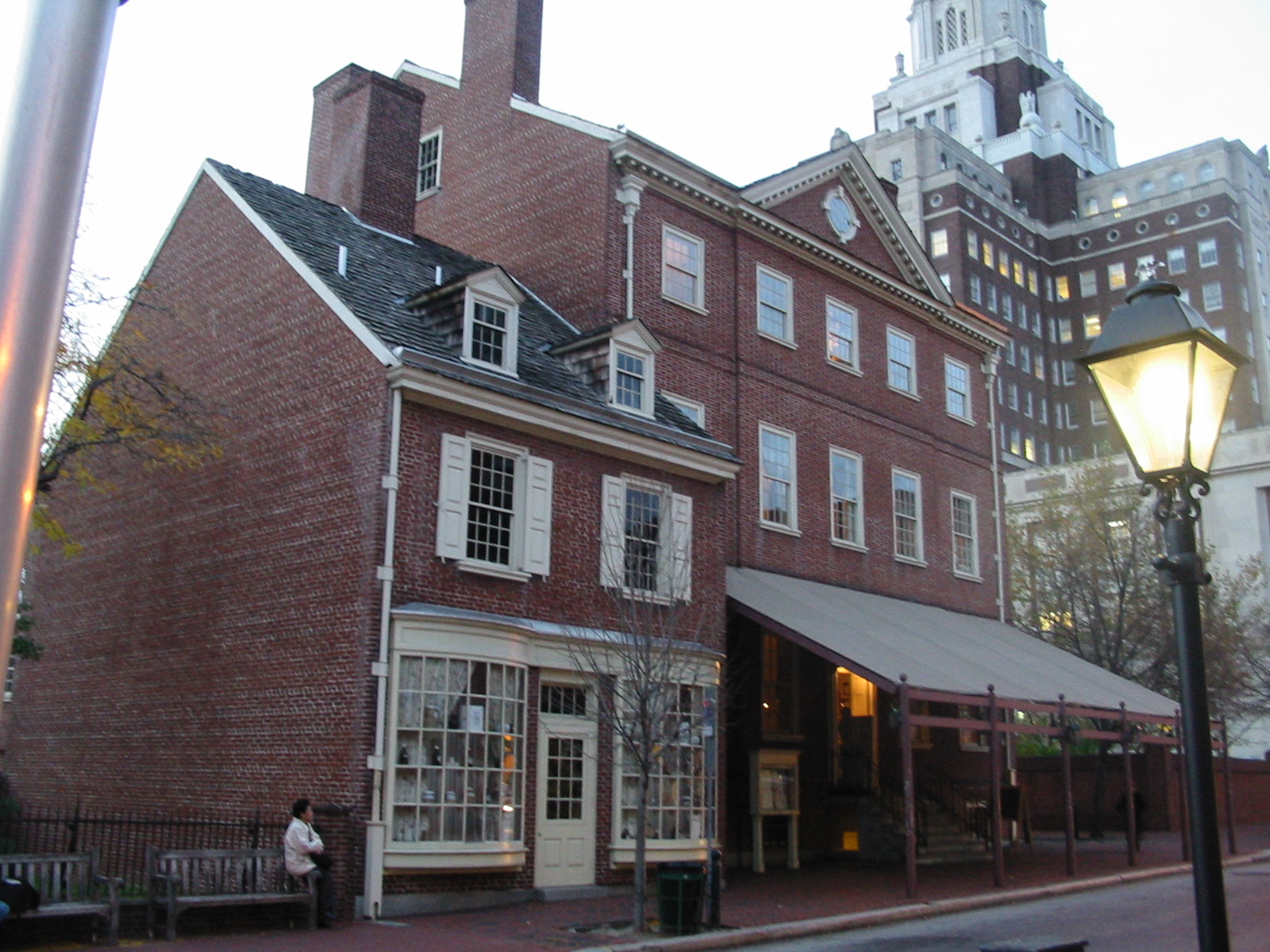 Featuring an assortment of sundaes and splits, cups and cones, this ice cream parlor in the heart of Old City dates back to 2003. Located at 116 Market St., the Franklin Fountain recently created “Chocolate Thunder,” a malted chocolate ice cream with hazelnuts, named after local basketball legend Darryl Dawkins, who played for the Philadelphia 76ers.

Looking for a historic dining experience? Featuring costumed wait staff, colonial-era cuisine, as well as beer brewed from original recipes from George Washington, Thomas Jefferson, and Benjamin Franklin, City Tavern is a must-eat for those living in or visiting the old city.

Run by Iron Chef Jose Garces, Amada put a modern spin on traditional Spanish tapas. The menu primarily consists of small dishes and you’re encouraged to order a large selection to share with your family or group of friends.

Set aboard a historic ship docked permanently at Penn’s Landing on the Delaware River Waterfront, Moshulu offers contemporary American cuisine with an extensive wine selection. With breathtaking views, the restaurant is perfect for summer outings and romantic dinners.

122-seat continental restaurant and bar serves farm-to-table fare in a lively and sophisticated environment. The restaurant emphasizes local, and seasonal ingredients for healthy and creative cuisine.

What you might not realize it, but the Old City is also a great place to party. For instance, you could head to Brasil’s, a bustling nightclub that showcases champion salsa dancers; if those performances look like fun, you can even sign up for dance lessons. What’s more, at the lively Cuba Libre Restaurant and Rum Bar, you can listen to Cuban music while savoring Latin American food.

At Penn’s Landing Playhouse, which is located inside the Independence Seaport Museum, you can take in a Broadway or off-Broadway production; this theater also stages original plays. If you just want to laugh it up, you’ll find the Comedy Cabaret Northeast hosts famous comedians and comics who might soon become superstars.

Children in Old City are zoned to General George A. McCall School from Kindergarten through 8th grade. They are then assigned to Benjamin Franklin High School for grades 9 to 12. The Mastery Charter School System also operates the Mastery Charter Lenfest Campus in the Old City, which is a free, public charter school serving nearly 600 students in grades 7-12.

You can also find the Independence Branch of the Free Library of Philadelphia within the Old City.

Make the Old City Your Home